Spring has sprung and so has our progress!

Spring has finally sprung. I'll have to say that was the longest and coldest winter I've experienced since I was a kid. Living in the fair weather belt of Missoula, I almost forgot what it was like growing up on the east side of the divide. On top of the cold temps and blustery winds we had a huge year for snow. This winter is being compared to the winter of 1996-1997. So of course we are also experiencing flood levels similar to 1997.

Flood stage is 9.5 feet, we hit that today. In 1997, water was at 10.72 feet, I can't even imagine what that will look like. The mountains just started melting two weeks ago and there's a lot of snow up there still. I'm glad our building is not by the river and I hope anyone who lives by the river makes it through this Spring without a lot of hassle.

With the better weather comes lots of construction. The back wall is almost up and the inside floor and inside wall is up!

We should have a roof by the end of this week and then it's time to restring the electrical, HVAC duct work and plumbing!


We've also been getting ready to submit our
application to the Historic Preservation Committee for a front facade improvement. The current facade has little to get excited about. The current window is not in proportion to the rest of the facade. The siding lacks character and it is kind of an eyesore. We can't wait to spruce it up!

Below pictures of the current facade and also a picture (I colored!) of what the facade will look like. Not all colors are true to scale, Crayola color pencils only have a certain spectrum of color. I should have bought the 128 pack of crayons!

Hopefully next week we'll be showing you a fully enclosed building. Until then, Happy Spring and may the flood waters be kind to us.

Posted by Katabatic at 1:04 PM No comments:

Things are on a roll now...

As mentioned in the previous post, we really are in the reconstruction phase. The back 1/3 of the building is gone but is being reconstructed. Our trench drain has been put in, the frost cover and concrete forms have been placed and now we're just waiting on better weather to pour the concrete floor. After that wall frames and sheet rock, oh yeah!


On the inside of the building new beams and floor joists have been placed and we almost have a permanent sub-floor where our bathrooms and cooler will be. One cool historic feature is the fire door they found in the wall. Very interesting, unfortunately we'll have to cover it back up since the bathrooms shared wall will be almost directly on top of this door.

To celebrate things moving forward we had Delta Signs and Graphics design us a Coming Soon... banner that we hung in the front window. Things are coming along. Happy Spring! 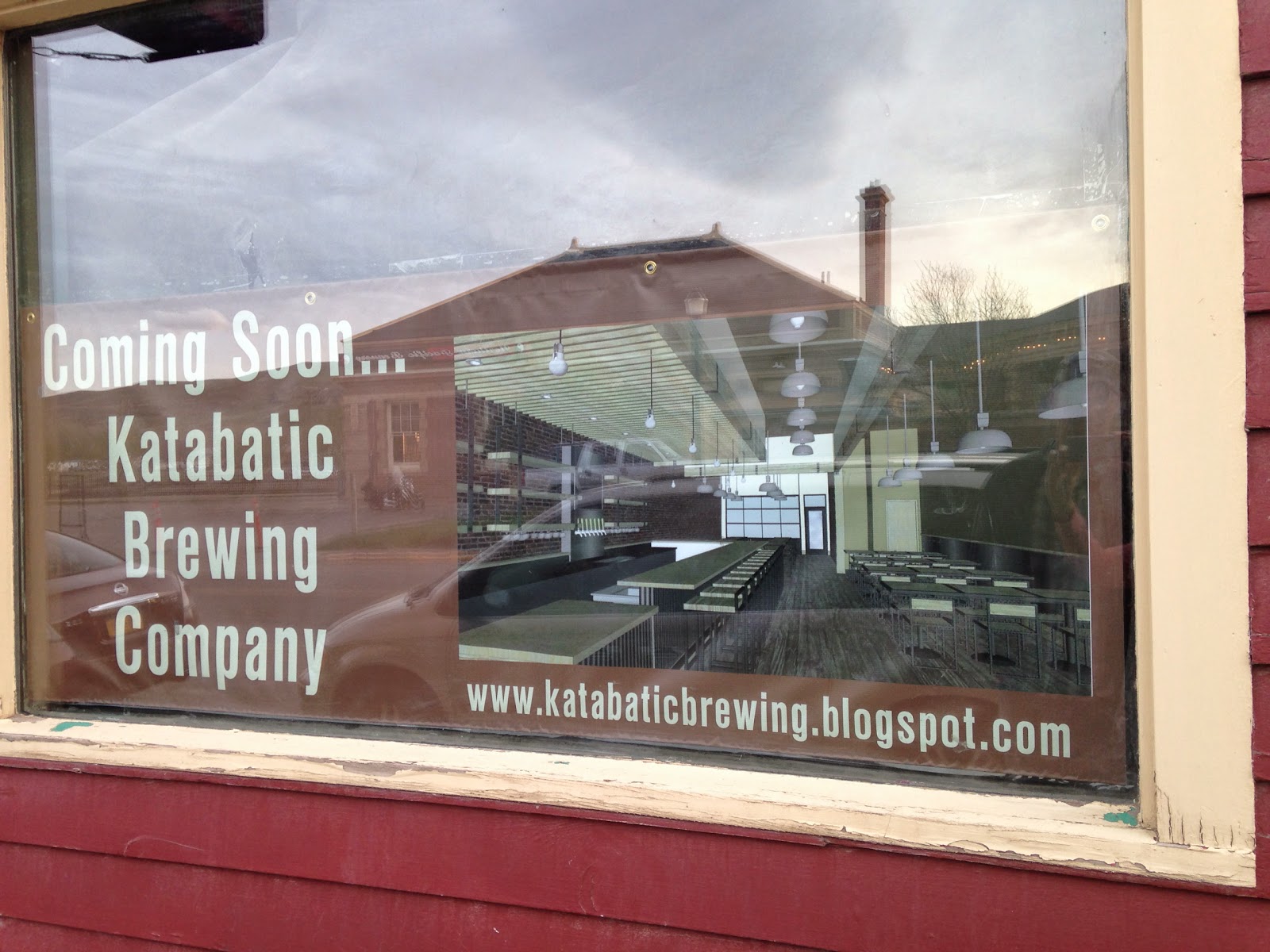 Posted by Katabatic at 4:48 PM No comments: