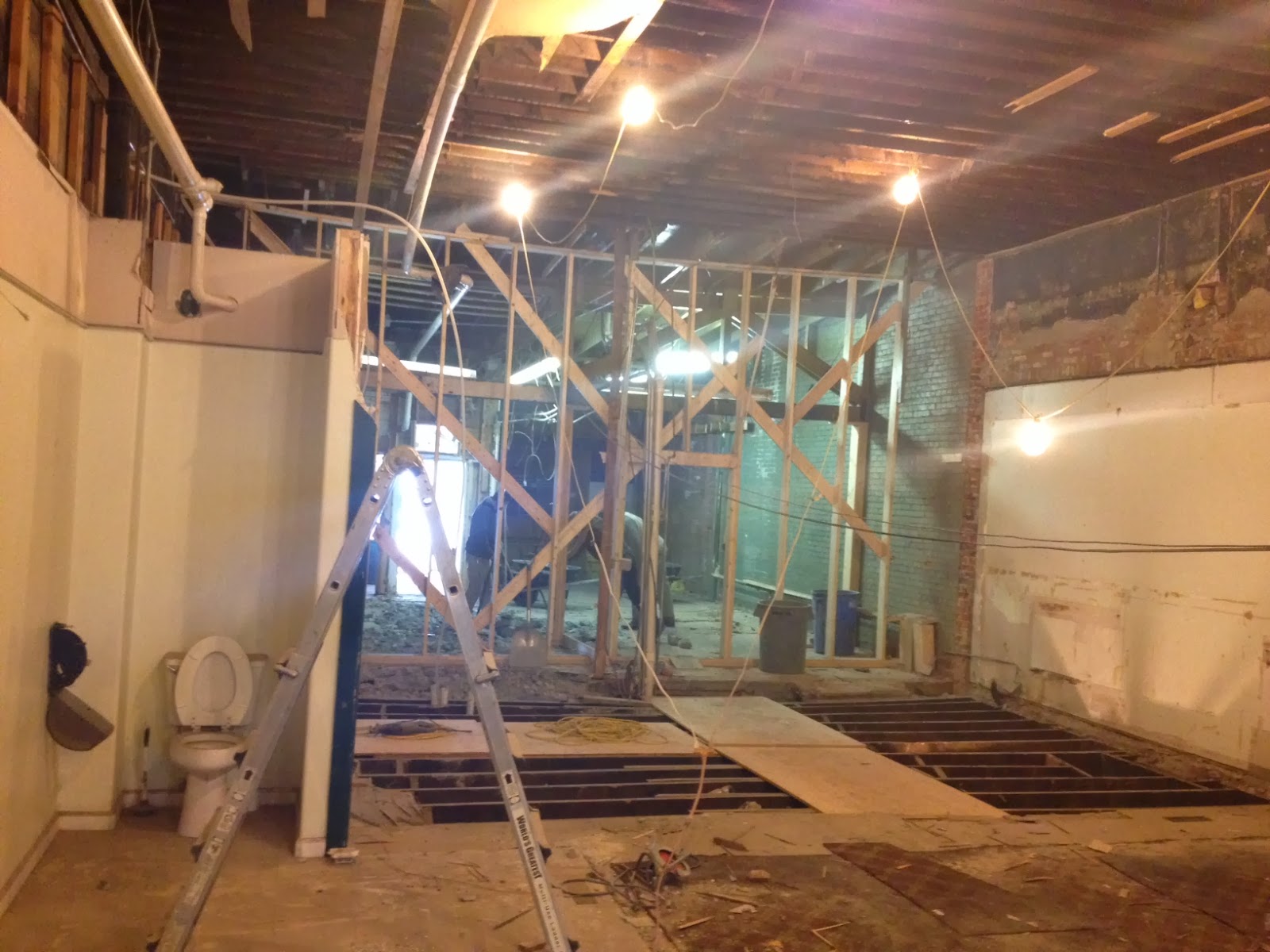 Here is a photo of taking everything back to the basics. We have stripped 100 years of quasi-building down to an 1890's superstructure. Uprgrades include leaving a toilet, no floor and a wall 3 stories high that was taken out because it was structurally unsound. 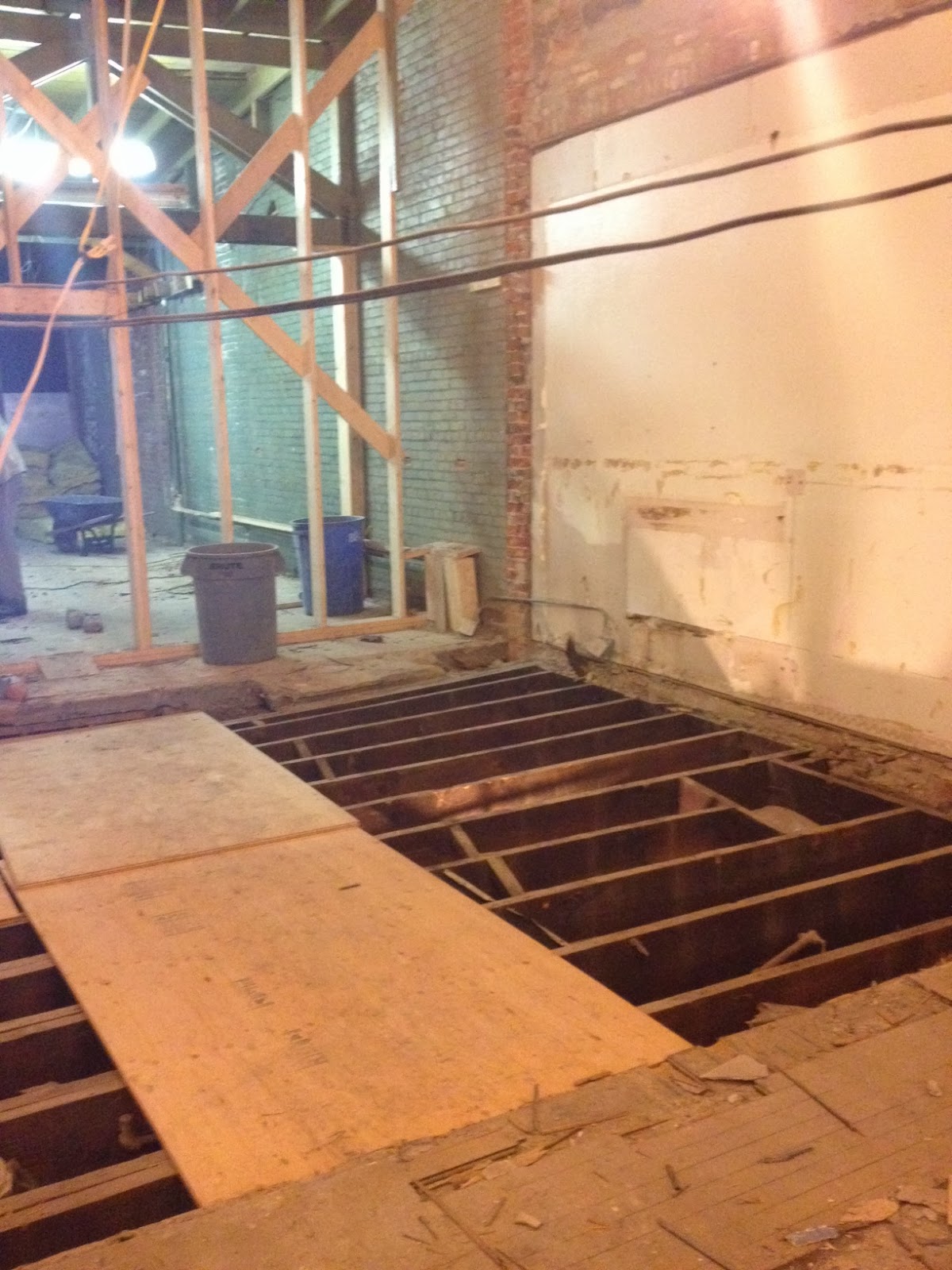 The 2x6's are a temporary wall that will be replaced by a super cool 2014 model wall that will allow us to have a wide enough door to add new equipment and keep the roof from collapsing. A win/ win!

Note to the left where the green wall meets the white wall there is a strip of brick brown. This is where the 3-story high brick wall that was not structurally sound was taken out. After we tore off all the layers, a terribly crumbling wall was left. So we took it out.

Back in the green wall area is where the brewing production area will be, and where you see the plywood and open stringers is where a walk-in cooler will be housed. 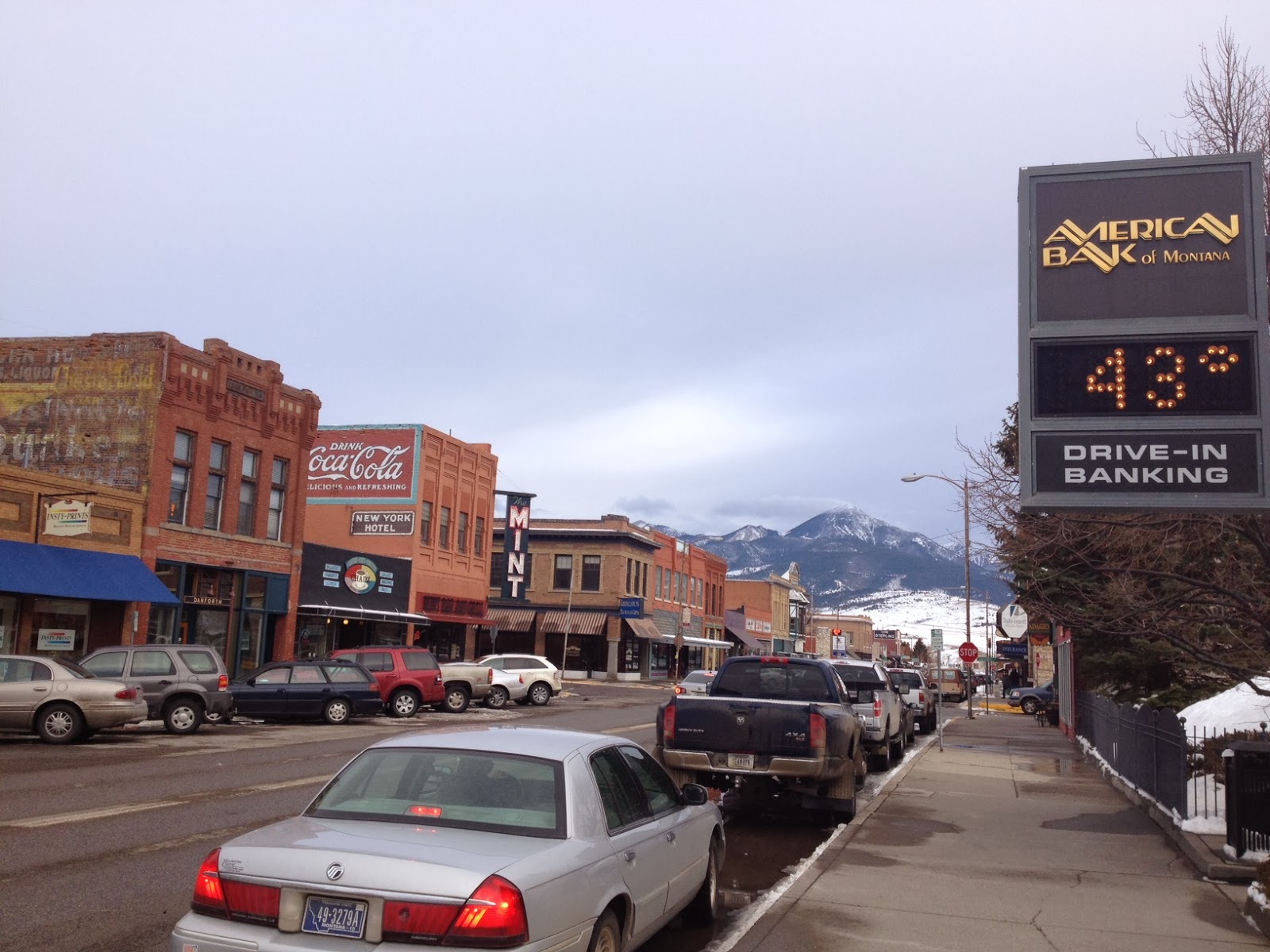 This photo is from Thurs February 27, two days ago. It was 43 degrees F at 5 PM, as I write this, it is currently -9 degrees F and snowing. Additionally there is about 1 foot of snow on the ground, blown into large drifts in some places.

Posted by Katabatic at 8:20 PM