English Summer Ale- blowing into town in a few weeks. 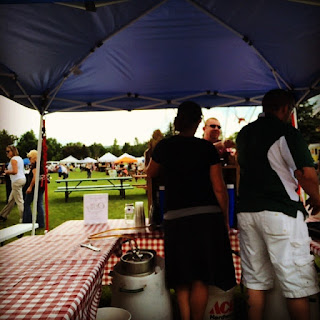 Finally, summer is officially here. Here at Katabatic we take summer seriously! (Actually the only thing we take seriously here is beer, but who cares.) So serious in fact, we're making a toe-wiggling, spine-tingling, jump-in-the-lake English Summer Ale. What is a English summer ale? Well, the english mow their lawns too. One could say its a lawnmower-beer made with taste, and English malts and hops, or one could say it is a malty, yet light, easy-drinking refreshing lower alcohol beer with more taste. It is a light-bodied, refreshing, ale that has a slightly hoppy aroma, and nice malt backbone made from light malts. 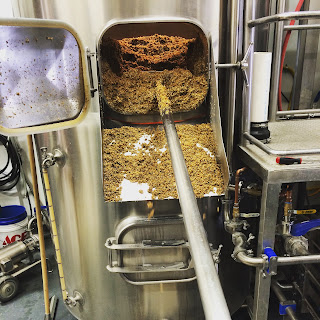 Next rotator out on the taps is: Goat Effer English Pale. This is the English Summer Ale's bully big brother. Bigger than the summer ale all around, it starts off with a large malt bill, to back up the english hops. The true style of Goat Effer is an English Bitters. That confuses Americans so we just call it an English Pale Ale. Think American Pale Ale, but with English Malts, hops and an estery yeast strain. It's maltier, and not as hoppy as the american version.

This week:
Monday: Growler Monday - Get a free pint and $1 off when you fill a growler.
Tuesday: Beer for a Cause - Tri-county Network Against Domestic and Sexual Violence. Drink a beer and $1 from each pint goes here.
Wednesday: Farmer's Market 4-7:30 Miles Park. Come drink a beer in the park.
Thursday: Live Music -Jeremiah and the red eyes
Saturday: Live Music - In walks bud
Sunday: Bike to the brewery and get $1 off your first pint.

Posted by Katabatic at 1:45 PM